Expectations & News From the 2022 NFL Draft 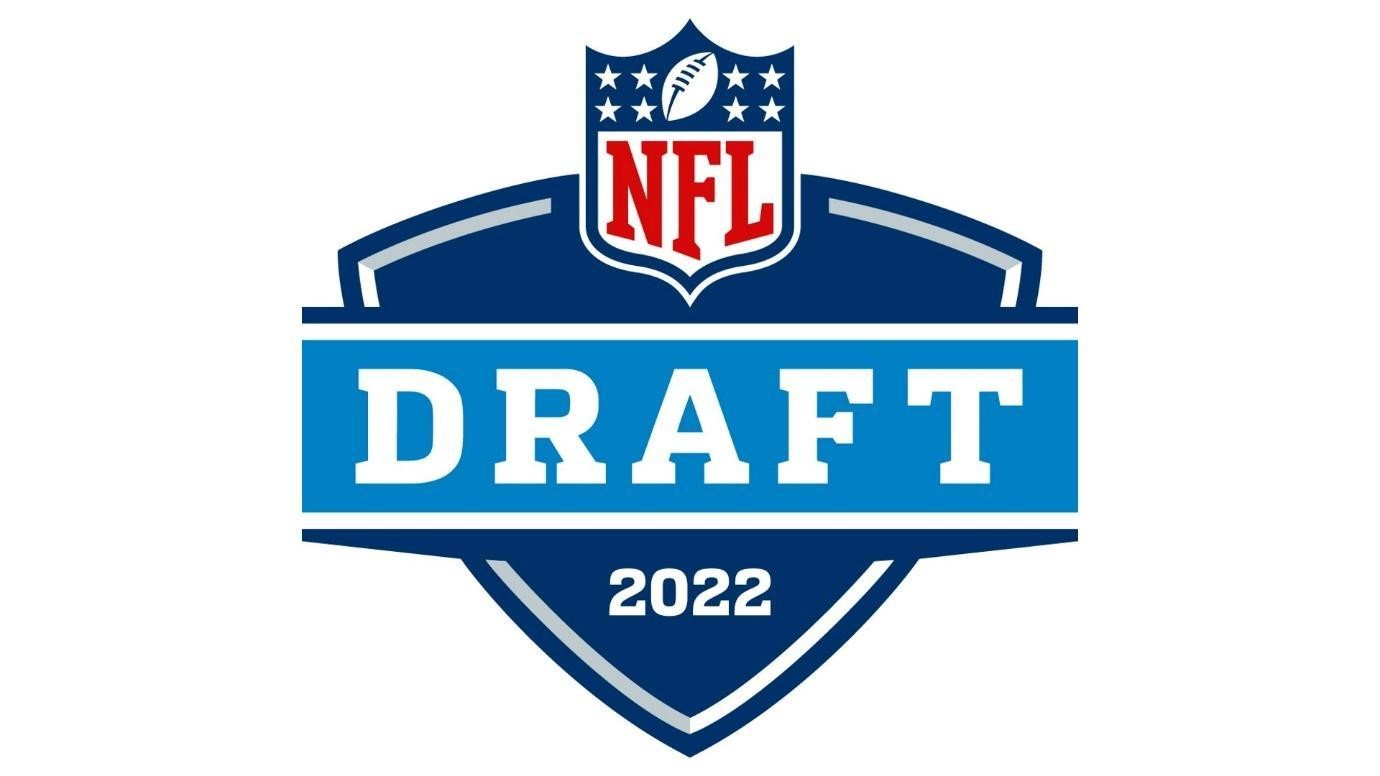 The 2022 edition of the NFL Draft will run into late April as more than 300 prospects are hoping to make the cut. Of course, less than 20% of the players drafted will be seen during the NFL season, and the speculation leading to the draft is always a fun topic to debate and ponder.

Usually, anticipating the 1st overall pick is simple, but the 2022 draft class isn't providing one clear player who's most likely to be chosen first. The Jacksonville Jaguars will receive the initial pick. As many skeptics expect Michigan pass rusher Aidan Hutchinson to become the No.1 pick, he doesn't necessarily make sense for this Jags team.

The Jaguars general manager Trent Baalke has a reputation for taking a chance on players. His past choices would suggest a statistically dominant player with elite metrics would be on his radar. Georgia's pass rusher Travon Walker dominated the combine, and although he doesn't possess the tape to support his talents, Baalke would be the type of GM who'd take his chance, and Walker could become the first name called.

With that said, the Jaguars aren't the only team who's pitted with making a tough first call; let's evaluate the board and discuss some of the most intriguing NFL draft situations.

Maryland's finest will receive the 14th pick in the 2022 NFL Draft, and as dictated by the sportsbook's future betting odds, this Ravens team should make their selection wisely.

As of now, the average bookmaker's price for the Ravens to win the AFC Conference is 12/1 (+1200). These odds position Baltimore as the least likely team to win the division. DraftKings sportsbook for Maryland football fans could provide more value following the draft. It'll be the sharp bettors placing their money behind the Ravens if Eric DeCosta and company make the ideal draft selections.

One expectation the sportsbooks can't predict is where the Ravens start. The Maryland team will likely be required to fix their evident defensive issues, and they could draft a defensive lineman as a 1st round pick for the second time during the franchise's history. Brandon Williams is a free agent, and Calais Campbell is likely on the brink of retirement. Elsewhere in their defensive starters, Derek Wolfe was absent in 2021 due to injury and aged 31; he isn't a reliable starter. In regards with offense the team recently released wide receiver Miles Boykin.

One guarantee we can make is that the Ravens won't be drafting a quarterback for their 1st round pick, despite the opinion of NFL analyst at Sports Illustrated, Conor Orr.

'As Lamar Jackson approaches the final season of his rookie contract without an extension offer in hand, the Ravens must be prepared for the worst-case scenario. All sides are telling us to remain calm right now, but there are so many ways this entire situation could get dicey.' Orr commented.

'Jackson could get hurt. The Ravens could play poorly. Jackson could get a bad taste in his mouth negotiating for himself. The list goes on. The Ravens punished the NFL by getting a QB no one thought could succeed late in the first round a few years ago. Could they try to do it again to guard themselves against disaster?'

Outlandish comments, to say the least, and head coach John Harbaugh has already made it clear his team won't be drafting a quarterback in the first round. Sure, Jackson doesn't have a contract in place, but neither side suggests he is going anywhere. Additionally, Tyler Huntley is still on the roster; recruiting a rookie backup is a complete waste of a pick.

The Detroit Lions & No.2

Should Travon Walker get drafted by the Jags, the Detroit Lions will likely take Aidan Hutchinson. With that said, it isn't always this simplistic, and the potential of draft spots and trades will be considered. A quarterback selection for the Lions isn't entirely out of the picture.

However, if the aforementioned deals don't work out, the Lions would almost certainly take Hutchinson, a local player who'd undoubtedly hold a crucial role in a Detriot defense that is lacking.

Hypothetically speaking, should Walker and Hutchinson become the 1st and 2nd picks, where does this leave the Texans?

'It that's how it goes down, Nick (Texans General Manager Nick Caserio) will take Evan Neal (Alabama tackle) with that third pick,' commented an executive close to the Texans GM. 'I don't even think that's much of a debate for him. It would be Neal at 3.' 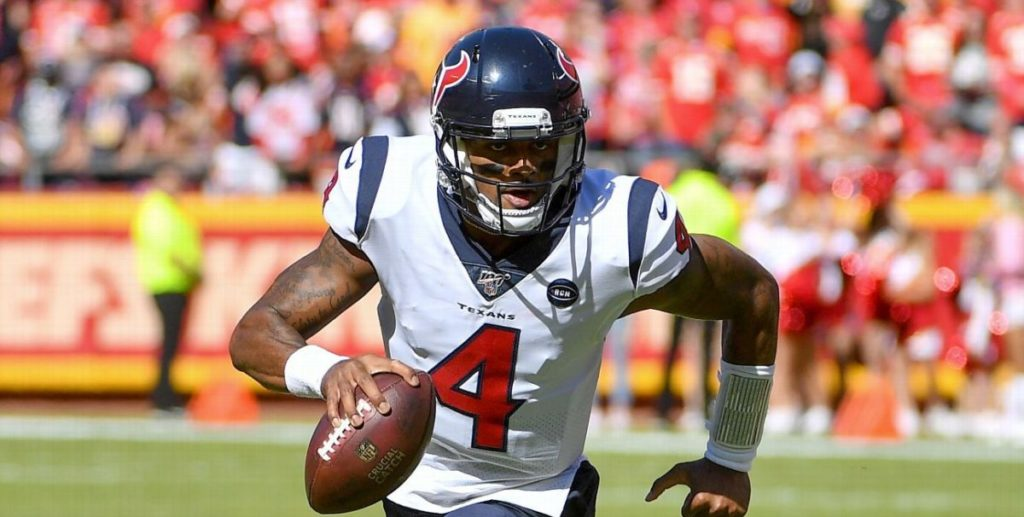 Countless NFL 2022 mock drafts have overlooked this year's QB potential. The Atlanta Falcons and the Carolina Panthers desperately need a quarterback as these two teams will take the 6th and 8th pick, respectively.

The Panthers need more than a QB but lack high draft picks following the choice to relinquish their second-round selection for Sam Darnold and CJ Henderson. The question remains, with a lackluster QB class in 2022, how do the Panthers navigate this draft without picking a QB early?

The Falcons require, well, an entire squad - attempting to play an entire season with Marcus Mariota as the greatest chance of winning a game in the quarterback position isn't likely.

Terry Fontenot and Arthur Smith have a complicated rebuild ahead. Still, at least they can select almost any position on the board and be comfortable in the draft value because they need everything. It's an exciting draft for Atlanta, but we should expect a QB to come sooner rather than later, and utilizing their 1st pick for this position is probably the wisest decision. Any more time wasted on a roster construction without the start of molding a college quarterback of the future could put the Falcons in a bad position post-Matt Ryan era.

Of course, corners are showing great potential in this draft, but the likes of Sauce Gardner isn't going to do much for a rebuild. I expect the Panthers and the Falcons to take a passer in their early picks.

Former U.S. President George W. Bush has made an embarrassing mistake in criticizing Russian President Vladimir Putin over his decision ...

WASHINGTON D.C.: The U.S. State Department has announced the launch of a new program to capture and analyze evidence of ...

Popularity of Indonesian president sinks due to price rises

EAST JAVA, Indonesia: A tourist bus crashed into a billboard on a highway on Indonesia's main island of Java this ...

BELGRADE, Serbia: Belgrade was paralyzed this week by a series of bomb threats, including against schools, bridges, restaurants and a ...

WASHINGTON D.C.: In a tweet this week, Amazon founder Jeff Bezos criticized President Joe Biden for the second time in ...

US trader faces 20 years in prison over cryptocurrency scam

Face masks return for workers at some Michigan auto factories

SYDNEY, NSW, Australia - Stocks in Asia mostly sank on Thursday, following on from a rout on Wall Street overnight."There ...