Columbus gets two from Gyasi Zardes to beat Montreal 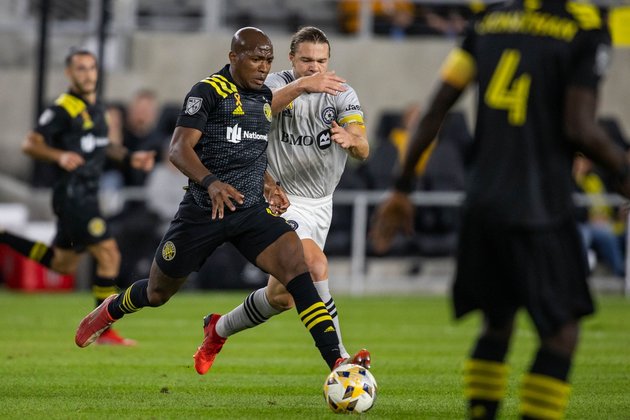 Gyasi Zardes scored twice and the host Columbus Crew extended their unbeaten streak to three games with a 2-1 victory against CF Montreal on Saturday.

Montreal (10-9-7, 37 points) lost for the first time in three games but spoiled the shutout bid of former Montreal goalkeeper Evan Bush when Romell Quioto scored in the second minute of second-half stoppage time.

As it stood, the second goal by Zardes, his seventh of the season and third in the past two games, assured the Crew would improve to 3-1-2 in the past six games as they keep their Eastern Conference playoff hopes alive.

Zardes' first goal was a rarity for the Crew. It marked the first time in 14 games back to July 17 vs. New York City FC that Columbus had a halftime lead. The Crew is now 5-0-0, all at home, when up at the half and 7-1-1 when scoring first.

Pressure near midfield created a turnover and Liam Fraser found Derrick Etienne on the left flank. He delivered a pinpoint cross to an unmarked Zardes for the header.

The Crew had several good looks early on goalkeeper James Pantemis, including Pedro Santos from outside the box in the 14th minute and a long try from Fraser four minutes later.

Montreal's best effort of the first half was in the 25th minute when Djordje Mihailovic aimed for the bottom left corner but was denied by Bush, playing for the injured Eloy Room.

The same night the Crew carries the league banner when they host Mexico's Cruz Azul for the Campeones Cup, the annual matchup of the reigning MLS and Liga MX champions.

After that the Crew is at Philadelphia on Oct. 3.