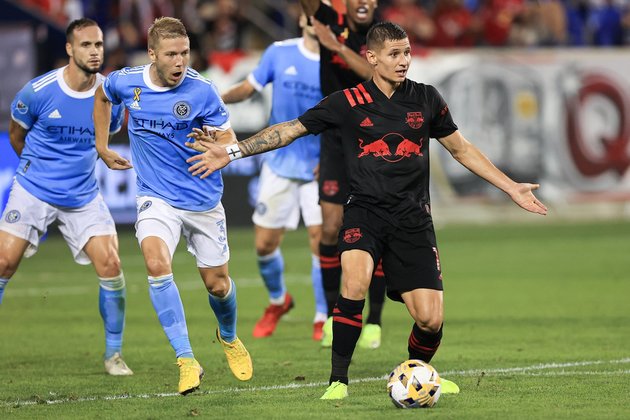 While New York City FC looks to solidify their playoff positioning, the visiting New York Red Bulls hope to move slightly closer to the postseason chase Saturday night when the teams play the Hudson River Derby at Yankee Stadium in their second meeting in four days.

NYCFC (11-8-6, 39 points) enters the weekend in third place in the Eastern Conference, 20 points behind the first-place New England Revolution and five behind Nashville SC for second place. The remaining five seeds entering weekend play -- NYCFC, Orlando, Montreal, Atlanta and Philadelphia -- all are separated by four points.

NYCFC is 1-0-2 in their past three games since consecutive road losses to Nashville and New England. And they are playing their second home game since the start of August due to their home venue being occupied by the main tenant, the Yankees, who have played 27 home games since the end of July.

NYCFC is 4-0-1 in their five games played at Yankee Stadium this season and have outscored opponents 17-2 in those games.

On Wednesday, the teams got together at Red Bull Arena in Harrison, N.J., and played to a 1-1 draw. NYCFC took the lead in the 31st minute on a goal by Valentin Castellanos and the lead stood until Patryk Klimala scored on a penalty kick in the 102nd minute to finish a game that featured a combined eight yellow cards and two red cards, both for NYCFC.

"We did every phase in the game really, really good," NYCFC coach Ronny Deila said. "In my opinion, it was an almost perfect away (game) and we should've got the three points."

The Red Bulls (7-11-6, 27 points) are 11th in the East and begin this weekend eight points behind the final playoff berth and will need to jump four teams to reach the postseason.

"I think it shows the character of the guys and I think it shows that we still have that goal in our mind, which is playoffs," Red Bulls defender John Tolkin said. "We are going to do everything we can to get there."

The Red Bulls have come to life with five goals over their past two games, after going 1-6-2 in their previous nine games.