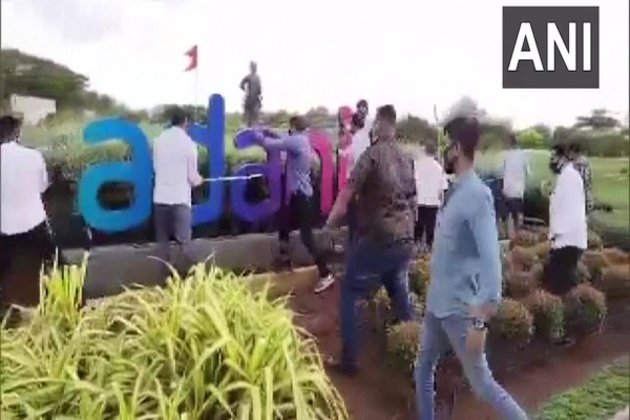 Mumbai (Maharashtra) [India], August 2 (ANI): A group of Shiv Sena workers on Monday vandalised a signboard with ''Adani Airport'' written on it, which was placed near Chhatrapati Shivaji Maharaj International Airport in Mumbai.

Following the incident, an Adani Airport Spokesperson issued a statement assuring that no changes have been made to Chhatrapati Shivaji Maharaj International Airport (CSMIA) branding or positioning at terminals.

They said the branding at CSMIA is in compliance with the norms and guidelines of the Airport Authority of India (AAI).

"AAHL will continue to adhere to all the guidelines laid out by the government in the interest of the aviation community at large," Adani Airport spokesperson added.