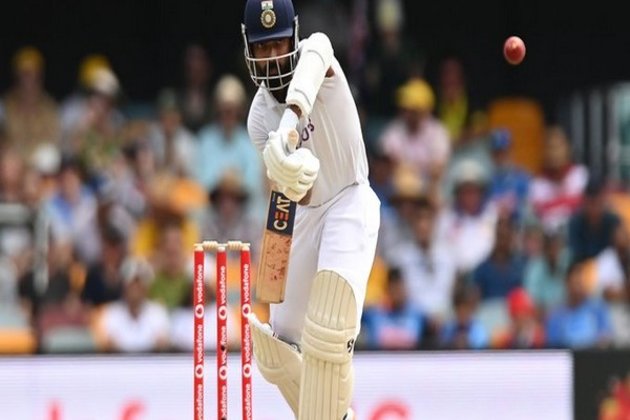 Nottingham [UK], August 2 (ANI): India Test vice-captain Ajinkya Rahane feels that getting accustomed to the conditions in England will be a key for the visitors during the five-match Test series.

India and England will lock horns in a five-match Test series beginning August 4 at Trent Bridge, Nottingham. The series will mark the start of the second cycle of the World Test Championship.

"Conditions are completely different here. We played against England at home. For us, it was very familiar. Here again, we played a lot of cricket but getting used to conditions is the key and being in present matters a lot as a team. For us starting well in Nottingham is really important," Rahane said while replying to a query from ANI.

The England and Wales Cricket Board (ECB) on Friday had confirmed that England men's all-rounder Stokes will take an indefinite break from all cricket with immediate effect.

ECB said Stokes has withdrawn from England's Test squad Test series against India to prioritise his mental well-being and to rest his left index finger, which has not fully healed since his return to competitive cricket earlier this month.

"Bio-bubble life is really challenging. From the players' point of view, what Ben Stokes did, it was his call. You have got to understand the player's mindset as well," said Rahane.

"It's all about how we experience it. Because when you play at the highest level, you want to give your best, more than a hundred percent, and your mental health matters a lot.

Meanwhile, the Board of Control for Cricket in India (BCCI) informed that opening batsman Mayank Agarwal has been ruled of the first Test against England.

"Opening batsman Mayank Agarwal was hit on the helmet while batting during India's nets session at Trent Bridge in Nottingham on Monday," BCCI said in a statement.

BCCI also said the 30-year-old batsman is stable and will remain under close medical observation. (ANI)