Genfluencer is a news organization dedicated to the coverage of the evolving digital world. Founded by Marko Danial and Adam Meskouri, the two friends are committed to giving young social media entrepreneurs and influencers a chance to showcase their stories.

LOS ANGELES, CA / ACCESSWIRE / August 8, 2020 / Since Danial and Meskouri are both avid users of platforms such as Instagram and Tiktok, the two friends are no strangers to digital media. They've spent years building a multitude of niche pages, and have amassed millions of followers across their network of accounts. Hence, they created Genfluencer. 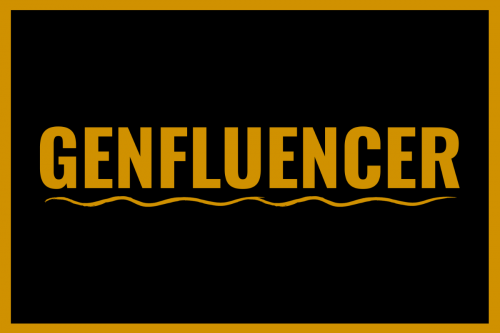 Danial says, 'Adam and I started Genfluencer as a way for the new wave of influencers to have a platform where they can share their stories. I started at a young age, and I feel that we should continue to motivate the younger generation to go after their goals and dreams. Genfluencer isn't just another news site, it's a movement.'

Marko Danial goes by Pharaoic, a name that he created to represent his Egyptian background. Danial has been working behind the scenes on a multitude of projects, one being Spzrts, a multi-faceted sports company that is dedicated to providing the latest gear for athletes, as well as the production of sports media across a plethora of social platforms.

Adam Meskouri has always thought of social media as an important aspect of branding. Since his start in 2017, he's accessed millions through social media content. Given his young age, Meskouri hopes to stand as a role model for the younger generation of content creators. His current projects include a technology-based Instagram account named @Eng.Technology, which has amassed nearly 400,000 followers.

Meskouri also notes, 'Nowadays, most of our information comes from online. The 21st century has led to massive evolutions in digital culture, and teenagers are using it to their advantage. Throughout my years on the internet, I've seen some crazy stuff online. At Genfluencer, we provide coverage of the world-wide-web, and rising success stories from within it. We hope to give young social media entrepreneurs a platform to share their journey!'

Danial and Meskouri founded Genfluencer with an overall plan to showcase the reach of technology on a worldwide scale through topics such as Digital Culture, Business, Innovation, and many more. While they mainly focus on technology, Genfluencer is also interested in the stories of upcoming social media content creators. The two friends are dedicated to showcasing upcoming influencers who are using their social platform to create corporate opportunities through entrepreneurial advice columns, features, and more. Whether it be worldwide news, technological innovation, or unusual digital trends, Genfluencer is the place to go.

Genfluencer's official mission statement is, 'The digital world is growing remarkably fast, and Genfluencer is here to keep you up to date with the latest young influencers, entrepreneurs, and trends in the making.'

To learn more about Genfluencer and their movement, visit www.genfluencer.com for more information!

NEW YORK, New York - U.S. stocks wrapped up weekly losses for a third week in a row on Friday, ...