Pacers' Oladipo: 'Possibility that I could play' 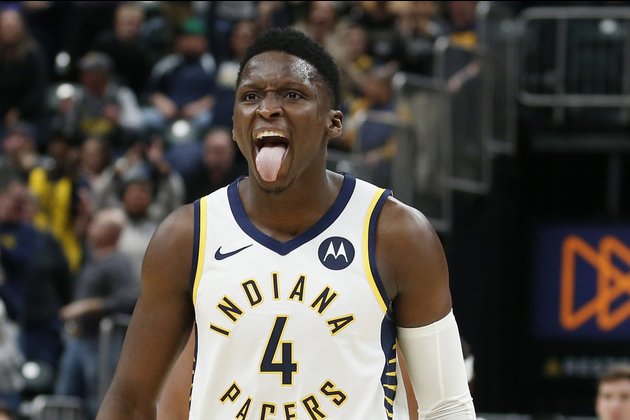 After previously saying he would sit out the NBA's resumed season, Indiana Pacers guard Victor Oladipo has reversed course somewhat, opening the door to the possibility of playing.

"My body is feeling good," Oladipo told reporters Wednesday after practice. "It was hard for me to assess where I was at from the long layover [due to coronavirus pandemic] and obviously, couldn't really control that. But now you know, coming down here and getting some practices in, getting my feet under me, going out there and playing with the guys, there's a possibility that I could play. I am just reassessing myself and my body every day."

Oladipo added that if he continues to hold up well in workouts, the possibility he would play is "strong."

Oladipo, 28, initially said he wouldn't play in the NBA's restart at the ESPN Wide World of Sports complex near Orlando, citing fear of injury after a long layoff. He played in just 13 games before the season was interrupted by the pandemic in March, missing the first 47 games due to a torn right quad tendon sustained in January 2019.

Head coach Nate McMillan told reporters the team was "approaching it as if he's not playing."

But The Athletic reported Monday that there was "growing belief" Oladipo would attempt to play after "multiple strong team practices."

On Tuesday, reports emerged that the NBA and the players union disagree whether Oladipo would still earn $3 million in remaining salary if he opted out of the resumed season. Players with approved medical exemptions receive full pay, but healthy players who opt out forfeit their remaining salary.

The Pacers (39-26) are tied with Philadelphia for fifth place in the Eastern Conference. They are slated to resume the season against the 76ers on Aug. 1.

WASHINGTON, DC - The Trump administration has ordered 100 million doses of a COVID-19 vaccine candidate to be manufactured by ...

Hong Kong newspaper fights on despite arrest of proprietor