INDIANAPOLIS, IN / ACCESSWIRE / July 14, 2020 / It is often said that if you can marry your passion to your paycheck, you have created an ideal life for yourself. There is perhaps no better example of this than Pascal Malkoun, artist manager, sports executive, and founder of Hockey Lebanon.

Malkoun has managed quite a few top artists, including Multi-Platinum Canadian artist, producer and songwriter Karl Wolf, international artist and songwriter Craig Smart, and up-and-coming Lebanese-Swedish artist Eylie, also known as Nicole Touma, who was a Top 10 contestant on the TV Show, Swedish Idol, in 2016. He has additionally served as a management consultant to Canadian artist Jason Benoit and the Juno award-winning group, Neon Dreams.

'I've always been passionate about the entertainment business as a whole,' Malkoun said when asked about what sparked his interest in music, 'and an opportunity came about and I took it.' That opportunity was the chance to work with Karl Wolf in 2009. Just a few short months after working alongside Wolf, the artist produced a major hit.

From there, Malkoun's success only expanded. The most rewarding part of working in music, he said, is 'the recognition and the respect I get from music industry peers, such as other managers and major record labels,' in addition to the eight certifications he has achieved: one is 4x Platinum, one is 1x Platinum, and the rest are all Gold.

While music management takes up a decent portion of Malkoun's time (consider taking each of his artist's specific time zones into account), he has found another career path that speaks to him, as well. In 2015, Malkoun founded Hockey Lebanon, which served as the core foundation for Lebanon's ice hockey, roller hockey, and ball hockey international programs. All of the programs are now operating under their own governmentally-recognized federation. 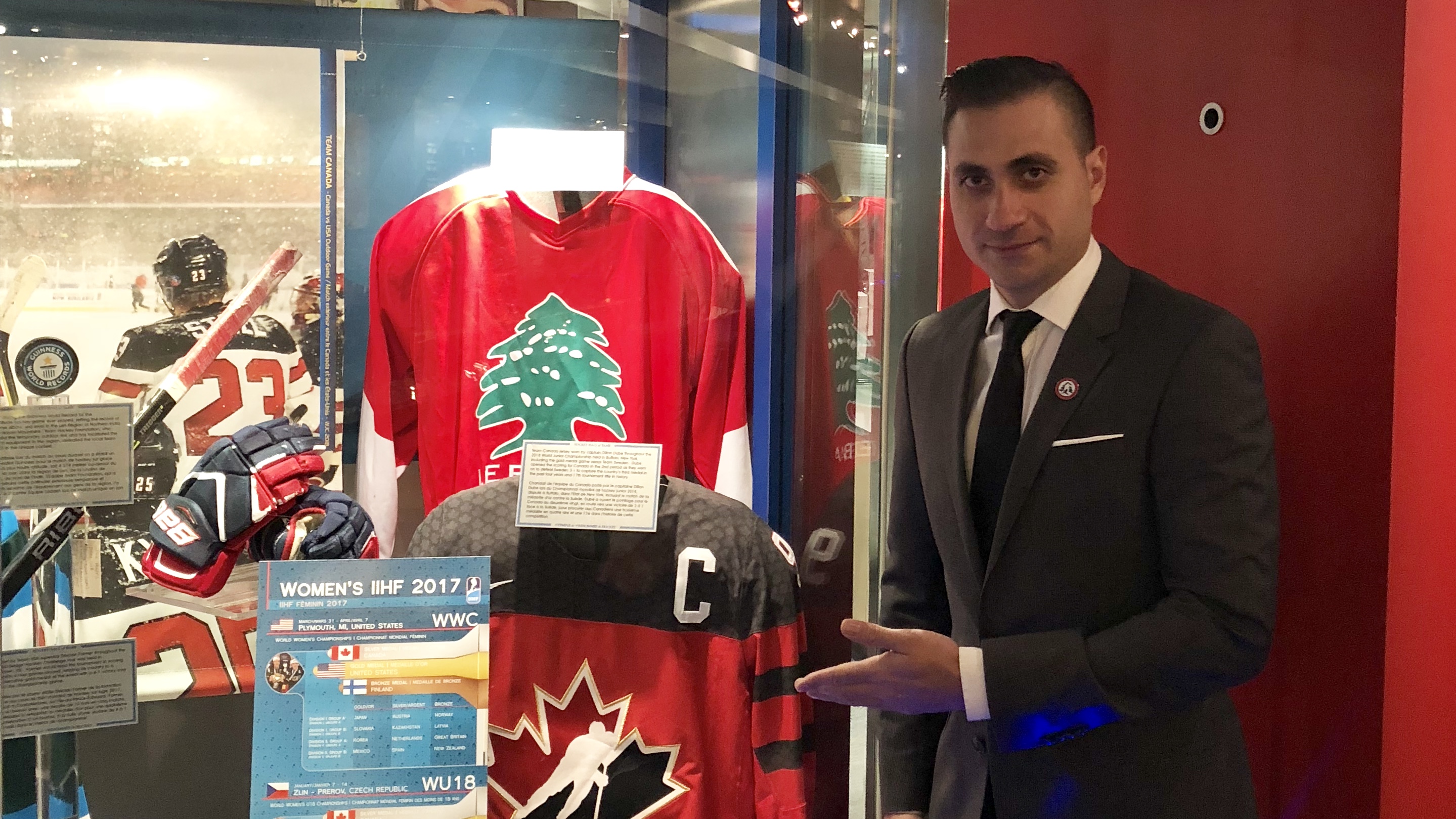 As someone who grew up playing the sport, Malkoun felt a strong pull to help Lebanon expand their access to it. 'I realized other countries have their national programs, and couldn't find anything for Lebanon,' Malkoun said. 'I was like, you know what? I have the capabilities and the passion for it, so why not do something?' In the midst of laying the foundation for the rise of Lebanese hockey, he designed the inaugural jersey for the country, landing it in the Hockey Hall of Fame.

Malkoun himself has played for Team Lebanon on the international stage, and his current focus is on the hockey development of the Lebanese youth and Lebanese communities around the world. As far as his music endeavors go, he is dialed in on expanding upon prominent opportunities with international record labels for both Karl Wolf and Eylie, as the future holds some new worldwide releases for the two in upcoming months.

For Malkoun, his lifestyle can feel somewhat surreal at times, and he feels fortunate to be doing what he loves. 'I realize other people have to look at the clock ten times a day before they can get out and leave, whereas I am just traveling and visiting different interesting places,' he said. Malkoun estimates his work has allowed him to visit over 25 different countries. His advice to others who dream of manifesting a successful career is 'to do it because you want to do it, and not do it for the money.' It should be out of passion, 'and not the expectation you're going to make a living out of it.'

As far as his current career goals for the next five years, Malkoun's desire is simple: 'I just want to keep doing what I do, but on a higher and more successful level,' he said.

ABU DHABI, UAE - A phone call by U.S. President Donald Trump clinched what is being described as an 'historic ...

The catastrophic blast which led to the deaths of more than 200 in Beirut on 4 August, has prompted more ...

NEW YORK, New York - Industrial stocks in the United States had a rare off day on Thursday despite good ...