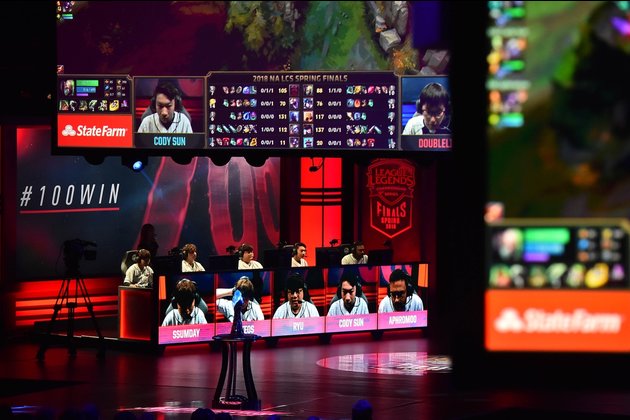 Cloud9's undefeated run through the Legends Championship Series' Summer Split came to an end Sunday with a surprising loss to 100 Thieves on the final day of Week 5.

Cloud9 entered with a 9-0 record, but 100 Thieves pounced behind big performances from jungler Juan "Contractz" Arturo Garcia, who posted a 10/1/7 kills/death/assist ratio as Olaf, and top laner Kim "Ssumday" Chan-ho (7/2/6 as Camille).

Immortals, who entered the day in last place, also picked up an upset victory, taking down Team SoloMid in 39 minutes for their second win of the season. Jake Kevin "Xmithie" Puchero racked up a 6/1/4 ratio as Graves, while Kieran "Allorim" Logue led Immortals with 11 assists as Ornn. Immortals -- who were the only team to win on red Sunday -- handed TSM their second straight loss after a four-match winning streak.

Meanwhile, Team Liquid moved within one game of first-place Cloud9 with a 36-minute victory over Golden Guardians. Edward "Tactical" Ra led Liquid by posting five of their 13 kills as Aphelios.

In the day's other match, Counter Logic Gaming defeated Evil Geniuses to move both teams to 5-5 for the season. Trevor "Stixxay" Hayes posted a 7/3/9 ratio as Kalista for CLG, which got 16 assists from Andy "Smoothie" Ta as Morgana.

The 10 teams in the LCS Summer Split are playing a double round robin of best-of-one matches through Aug. 9. The top eight teams will advance to the double-elimination playoffs, scheduled for Aug. 13-Sept. 6.

The two playoff finalists will earn spots in the League of Legends World Championship, scheduled to be played in China at a date to be announced. The third-place team will advance to the Worlds play-in event.