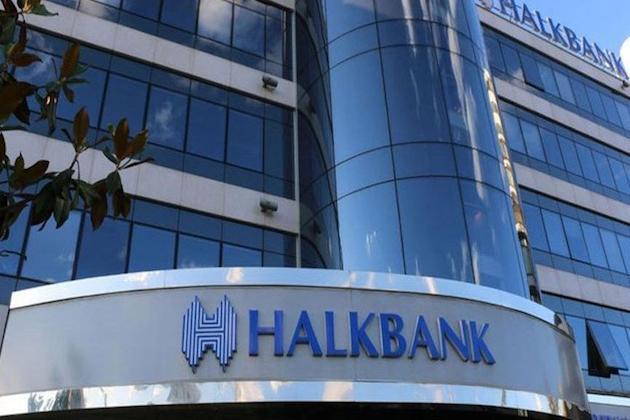 WASHINGTON, DC - The U.S. Justice has charged a state-owned Turkish bank with fraud, money laundering, and sanctions offenses related to the bank's participation in a multibillion-dollar scheme to evade U.S. sanctions on Iran.

Turkiye Halk Bankasi, commonly known as Halkbank is Turkey's seventh largest bank, and is headquartered in the capital, Ankara.

"Halkbank, a Turkish state-owned bank, allegedly conspired to undermine the United States Iran sanctions regime by illegally giving Iran access to billions of dollars' worth of funds, all while deceiving U.S. regulators about the scheme," Assistant Attorney General for National Security John C. Demers said Tuesday. "This is one of the most serious Iran sanctions violations we have seen, and no business should profit from evading our laws or risking our national security."

The six-charge indictment against the bank follows the conviction of a senior executive of the bank last year. In all, nine individuals, including bank employees, the former Turkish Minister of the Economy, and other participants in the scheme were charged. On Oct. 26, 2017, Reza Zarrab pled guilty to the seven counts with which he was charged. On Jan. 3, 2018, a jury convicted former Halkbank deputy general manager Memet Hakkan Atilla of five of the six counts with which he was charged, following a five-week jury trial. The remaining individual suspects are fugitives.

"The facts that emerged at the full, fair, and public trial of Halkbank's deputy general manager, which culminated in a jury's January 2018 guilty verdict against him, illustrated senior Halkbank management's participation in this brazen scheme to circumvent our nation's Iran sanctions regime," U.S. Attorney Geoffrey S. Berman said Tuesday. "As alleged in today's indictment, Halkbank's systemic participation in the illicit movement of billions of dollars' worth of Iranian oil revenue was designed and executed by senior bank officials. The bank's audacious conduct was supported and protected by high-ranking Turkish government officials, some of whom received millions of dollars in bribes to promote and protect the scheme. Halkbank will now have to answer for its conduct in an American court."

"As we allege today, Halkbank, a Turkish financial institution whose majority shareholder is the government of Turkey, willfully engaged in deceptive activities designed to evade U.S. sanctions against Iran," FBI Assistant Director-in-Charge William F. Sweeney Jr. added. "Halkbank illegally facilitated the illicit transfer of billions of dollars to benefit Iran, and for far too long the bank and its leaders willfully deceived the United States to shield their actions from scrutiny. That deception ends today. The FBI will aggressively pursue those who intentionally violate U.S. sanctions laws and attempt to undercut our national security."

The Justice Department has cautioned that the charges contained in the indictment are merely accusations, and the defendant Halkbank is presumed innocent unless and until proven guilty.