SEATTLE, WA / ACCESSWIRE / October 8, 2019 / Baristas Coffee Company, Inc. (OTC PINK:BCCI) Today Baristas is giving a special pre-release single-serve sample of Baristas new Harmony blend of coffee compatible with the Keurig 2.0 brewing system to anyone who requests one. To receive this limited special gift, consumers simply need to request a sample at www.baristas.tv while supplies last. A special pre-release sample will be sent to them free of charge while supplies last. There is no need to pay for shipping, enter payment details or any other obligations.

Baristas recently began production of the new coffee entitled 'Baristas Harmony' that blends white and black coffee equally creating a smooth blend, encompassing the robust flavor of its Espresso Roast, with the smooth nutty flavor of its White Coffee with a kick.

Baristas Harmony is a special blend that not only tastes great, unlike any other coffee on the market but also contains a message to take a minute and reflect on 'Harmony' long enough to enjoy a cup of truly special coffee.

Barry Henthorn CEO stated: 'We are very much looking forward to providing consumers a special sneak peek taste of this truly revolutionary blend of coffee. It is unlike anything that has previously been available on the market and now consumers and connoisseurs alike can taste it free of charge with this special offer. We encourage those who taste it to take a minute and to reflect on the Harmony that does exist in the world long enough to enjoy this unique coffee experience.'

It is this message calling for Harmony that will be the primary focus of the new multimedia marketing campaign being rolled out in conjunction with high profile events.

The media buys and other cutting edge marketing are made possible and were created via digital media frontrunner ReelTime Media OTC PINK:RLTR) www.reeltime.com whose capabilities are redefining how companies are evaluating and purchasing their TV, radio, print, and other new media. Baristas is now ready to support its new products and distributors with a marketing effort educating and driving consumers to consume Baristas' historical and new products.

About Baristas Coffee Company: Baristas is a national Coffee Company that is recognized throughout the US. It currently produces and sells coffee related products under the Baristas brand. The Baristas White Coffee single-serve cups compatible with the Keurig 2.0 brewing system is the bestselling product in its category. Baristas also markets other coffee-related products. Baristas gained mainstream exposure when it became the subject of 'Grounded in Seattle' the reality show special feature which aired on WE tv. It has been featured nationally including during Shark Tank on CNBC with Front Montgomery, CNN, ESPN, Food Network, Cosmopolitan Magazine, Forbes Magazine, Modern Living with Kathy Ireland, Sports Illustrated, NFL Monday and Thursday Night Football with Megs McLean, at NASCAR Races, The Grammys, NBA TV, and other notable media

Joe Biden all but wraps up Democratic nomination

This is a brief response to the Australian High Court ruling handed down on Tuesday that unanimously quashed the convictions ...

PanARMENIAN.Net - France has reported 833 new coronavirus deaths in the past day, the highest daily toll since its outbreak ...

Head of U.S. Navy jumps ship after furore over commander

WASHINGTON, DC - WASHINGTON - Acting Navy Secretary Thomas Modly is to step down after creating a furore which has ...

Wuhan re-opens after more than two months in lockdown

WUHAN, China - Wuhan, the capital city of Hubei province and the epicentre of the novel coronavirus outbreak on Wednesday ...

Stocks in Japan jump, rest of Asia pulls back 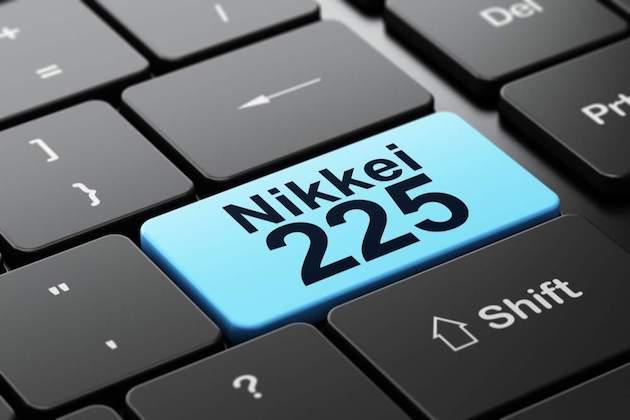 SYDNEY, Australia - Stocks in Asia were mixed on Wednesday, as the two-day rally that began the week appeared to ...

BERLIN, Germany - German citizens will now be able to use a special app on their smartphones, smartwatches or fitness ...

SYDNEY, Australia - Optimism that the coronavirus may have peaked may be misguided, but investors and traders continued to bid ...

MUMBAI, India - The Life Insurance Council in India has announced that all life insurers, both public and private, are ...

The Shape of Water