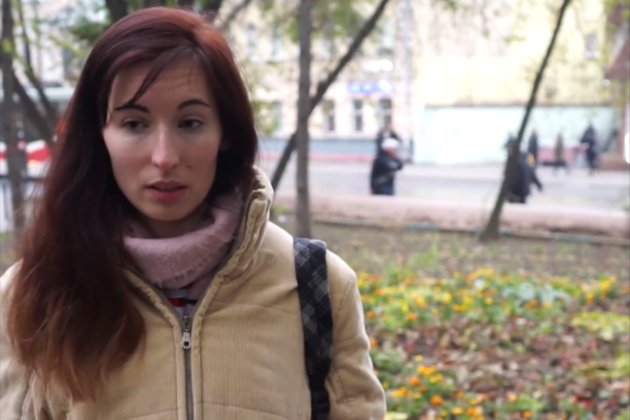 The group's press secretary, Ksenia Babich, wrote on her Facebook page that officers said the August 14 searches were being conducted on the basis of a search warrant for the whole building, which also houses RJI's partner organizations. However, she added, no search warrant was presented.

Babich said the officers did not explain the reason for the search and 'illegally' confiscated telephones from group members, took pictures of their identification documents, and tried to break into the office of the group's director, Vanessa Kogan.

After the organization's employees demanded a warrant allowing police to break into the office without the director's presence, the officers returned the confiscated phones and searched other rooms, she said.

The RJI has existed since 2000. It is dedicated to the legal protection of victims of human rights violations connected to armed conflict and counterterrorism operations, torture, and gender-based violence in the post-Soviet region.

The group has represented clients at the European Court of Human Rights and is mainly involved in cases involving people -- often women -- from Russia's North Caucasus republics of Chechnya, Daghestan, Ingushetia, and Kabardino-Balkaria, as well as Crimean Tatar activists.

WASHINGTON, DC - Thirty-four U.S. service members have been diagnosed with concussion and traumatic brain injuries as a result of ...

BEIJING, China - The death toll and infected rate from the Wuhan coronavirus in China has increased dramatically, while the ...

LINGAYEN, Pangasinan, Jan. 24 (PIA) - As China is grappling to contain an outbreak of coronavirus, in the Philippipines, the ...

CHARLOTTE, North Carolina - General Motors is to open a new technical center focused on performance and racing in the ...

DENVER, Colorado - The U.S. Federal Aviation Administration (FAA) has issued a Finding of No Significant Impact/Record of Decision for ...

DUBLIN, Ireland - The importance of the tourism industry to Ireland has been highlighted in a report which has examined ...

SYDNEY, Australia - Shares in China dropped sharply on Friday as two populous cities in the country went into lockdown ...

Huanggang locks down over coronovirus threat

BEIJING, China - The authorities in Huanggang city in China have imposed a quarantine lockdown in a bid to stop ...

The Hunt for Red October