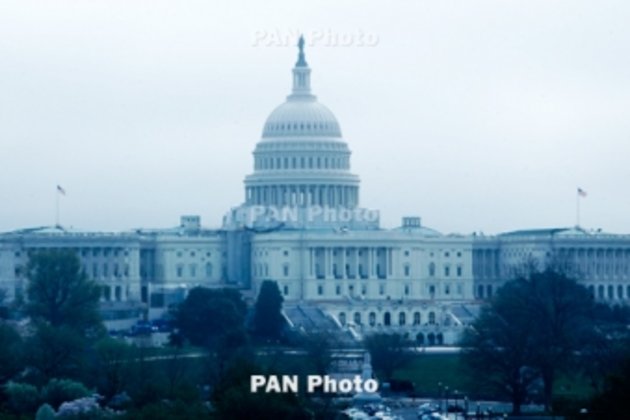 PanARMENIAN.Net - New Members joined the Congressional Caucus on Armenian Issues and more members co-sponsored the bipartisan Armenian Genocide resolution as a result of successful meetings led by the Armenian Assembly of America.

The Armenian Assembly, along with its state chairs and grassroots activists, met with a host of congressional offices to discuss strengthening U.S.-Armenia relations, co-sponsoring House Resolution 296, and joining the Congressional Caucus on Armenian Issues. As a result of these meetings, Representatives Nanette Barragan (D-CA), Gil Cisneros (D-CA), Kevin Hern (R-OK), Tom O';Halleran (D-AZ), Katie Porter (D-CA), and Abigail Spanberger (D-VA) joined the Armenian Caucus, bringing it to 116 Members, and over 100 Members supporting H.Res.296.

'For years, the Armenian community';s vibrant culture has been an integral presence in Los Angeles and across the country. I';m honored to be a member of the Armenian Caucus and look forward to joining my colleagues in working on issues that matter to Armenian-Americans,' Rep. Barragan told the Armenian Assembly.

'As a new member of the Congressional Armenian Caucus, I look forward to working with this bipartisan group of lawmakers as we build stronger economic, cultural, and diplomatic ties with the people of Armenia,' Rep. Spanberger said to the Armenian Assembly. 'I';m also proud to represent many Armenian Americans across Virginia';s 7th district.'

Assembly's State Chairs Herman and his wife Laura Purutyan from Massachusetts, Armineh Ghazarian from Maryland, Paul Sookiasian from Pennsylvania, Meganoosh Avakian from Virginia, along with members and supporters such as Terjenian-Thomas Assembly Internship Program participant Armen Kaprelian from Arizona and Drs. Alice and Ara Apkarian from Orange County, California were instrumental in encouraging U.S. Representatives to join the Armenian Caucus and co-sponsor the Armenian Genocide resolution.

Humanitarian aid to continue after UNSC pact on access points

NEW YORK, New York - Sanity prevailed on Saturday as last minute efforts to stitch up a renewal of the ...

MIAMI, Florida - U.S. President Donald Trump went to Florida on Friday for a briefing on what he said has ...

GENEVA, Switzerland - Lebanon, faced with an economy in upheaval, mass protests, and the crippling effects of the coronavirus is ...

The British Armed Forces led their nation in saying farewell to the Forces' Sweetheart with a series of ceremonial tributes ...

SEOUL, South Korea - North Korea says the chances are low for another summit with the United States, after President ...

More than 100 nations have active force of military drones

UK to spend hundreds of millions of pounds on border infrastructure

NEW YORK, New York - U.S. stocks roared on Friday, shrugging off concern about the burgeoning coronavirus in the United ...