Kohli, Pant, Bumrah and Rahul back for Australia ODIs 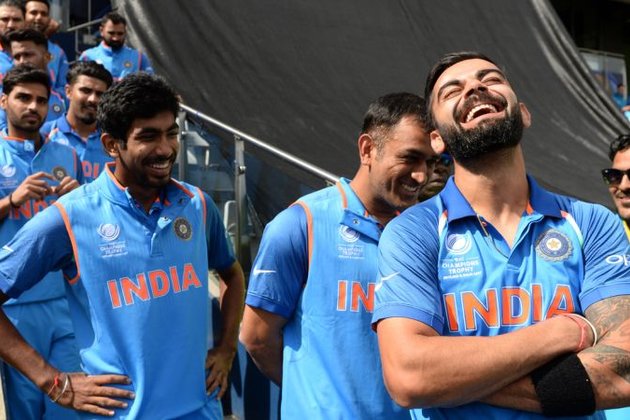 Virat Kohli, Jasprit Bumrah and KL Rahul will be back playing for India when they take on Australia in a series of two T20Is and five ODIs starting February 24.

While the three of them will be available for all the seven matches, frontline fast bowler Bhuvneshwar Kumar has been picked only for the final three ODIs, which round off Australia's tour. Similarly, left-arm wrist-spinner Kuldeep Yadav is not part of the T20I squad, with Mayank Markande, the legspinner who made a name playing for Mumbai Indians in the IPL last year, taking his place.

Rishabh Pant's stocks have risen after excellent performances for India A in 2018 and Test centuries in England and Australia. The 20-year-old wicketkeeper-batsman has played only three ODIs and 13 T20Is but has found a place in all three squads announced on Friday as a back-up wicketkeeping option to MS Dhoni, though he could be chosen as a specialist batsman too.

While announcing the squads, chairman of selectors MSK Prasad made the point that Pant's left-handedness would be useful for India in the middle order; Prasad has previously spoken about the youngster's composure and fearlessness being assets that can't be ignored.

That meant the other gloveman in the mix, Dinesh Karthik, has been left out of these ODIs against Australia - the last that India play before the World Cup.

However, Prasad insisted that it isn't the end of the road for Karthik. "Prior to this, we had series in New Zealand and Australia, where Karthik was chosen, because Rishabh played four Test matches," he said. "So we wanted him (Pant) to get a good break, so he had a 20 days' break, and he played a couple of one-day matches against England Lions, in which he did extremely well. Then we sent him to the T20 matches (in New Zealand). So we want to give him a few ODIs also before taking a final call."

On the fast-bowling front, Bumrah is back after a month-long rest since helping India win the Border-Gavaskar Trophy in Australia earlier this year. India have also gone in without the left-arm variation provided by Khaleel Ahmed with Siddarth Kaul taking his place. Prasad explained this decision by saying they had seen what Khaleel could do in New Zealand and now want to give Kaul a chance to showcase his abilities as well.

Another inexperienced player carving out a spot for himself with a big season ahead is Vijay Shankar. Since being picked for India midway through their ODI series in Australia, he has batted at No. 3 in T20Is and produced a back-to-the-wall 43 that helped the team recover from 18 for 4 in seaming conditions in Hamilton. It is likely, though, that he will play second-fiddle to Hardik Pandya, who is also available for every match of the series.

"Vijay Shankar's performance in the recent series really changed a bit of the dynamics," Prasad said. "And he brings in that double impact to the side, which is good enough. That's why we have included him and we'll see how he performs in the next few matches."

All three squads were picked at a meeting that Kohli also attended.