US Fails to Win UN Condemnation of Hamas 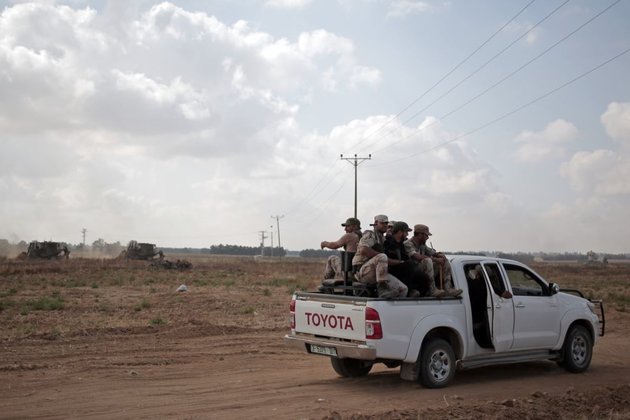 UNITED NATIONS - The United States failed Thursday to win condemnation of the Palestinian militant group Hamas in a vote at the U.N. General Assembly.

While 87 member states said the group, which fires rockets into Israel and has targeted civilians with suicide bombs, should be condemned, 58 were opposed and 32 abstained.

Before considering the U.S. measure, member states voted to require a two-thirds majority to pass it, as opposed to a simple majority. The U.S. fell short of the necessary votes, despite strong support from the European Union - all of the bloc's members voted for it.

'The question before us now is whether the U.N. thinks terrorism is acceptable if, and only if, it is directed against Israel,' U.S. Ambassador Nikki Haley said ahead of the vote.

Haley, a staunch advocate of Israel, equated rejection of the U.S. proposal with being anti-Semitic.

'I want to ask my Arab brothers and sisters is the hatred that strong?' Haley continued. 'Is it so strong you will defend a terrorist organization?'

Israel's U.N. ambassador praised the 'plurality of member states that stood by the truth and condemned Hamas,' but he had harsh words for those which rejected the measure.

'Your silence in the face of evil reveals your true colors,' Danny Danon said. 'It tells us what side you are really on: a side that doesn't care about the lives of innocent Israelis and Palestinians who have fallen victim to the terrorists of Hamas.'

Hamas has ruled over the Gaza Strip since 2007. In 2014, it fell into a deadly conflict with Israel and a fragile cease-fire is in near-constant peril. In recent months, tensions have flared between Hamas and Israel over Palestinian protests at the border fence and a stepped-up barrage of rockets fired into Israel by the militants. Living conditions in Gaza are dire, with huge fuel and electricity shortages.

Although the Palestinian Authority and Hamas are locked in a rivalry and power struggle, the Palestinian envoy to the United Nations lobbied hard for the defeat of the U.S. proposal, framing it in the wider context of the Palestinian struggle for independence and statehood.

'We reject cynical attempts to reduce the Palestine question to a matter of violence and terror,' said Ambassador Riyad Mansour. 'This is a political, territorial and human rights issue. It is an issue to end occupation.'

While the U.S. measure failed to be adopted, a second draft put forward by Ireland, reiterating the call for a 'comprehensive, just and lasting peace' based on existing U.N. resolutions, was overwhelmingly adopted.

General Assembly resolutions are not legally binding, but are viewed as carrying moral weight with the voice of the international community.