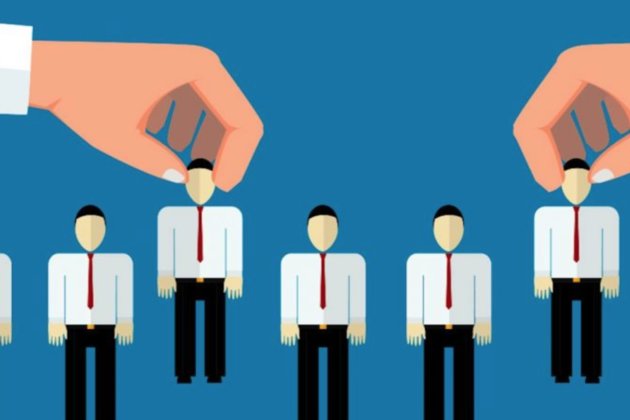 TOKYO, Japan - After deciding to shift production of some sensors for Apple iPhones to a Chinese plant, Sharp Corp reportedly fired thousands of foreign workers in central Japan.

While the Osaka-based electronics maker has refused to confirm or deny the layoffs, a labor union said that Sharp Corp had laid off nearly 3,000 foreign workers subcontracted to the company in central Japan.

According to the labor union, the decision by Sharp came after it decided to move production of some seniors for apple iPhones to a Chinese plant owned by its parent company, Taiwan's Foxconn.

A report in the Nikkei business daily first confirmed the news of the relocation, while the Mie Prefecture-based labour union released details of the layoffs.

The union, which is located in the same area where Sharp Corp's plant is located, said that some of the laid off workers were its members.

Sharp said the company would not comment on issues at subcontractors.

The layoffs - which have come at a time when the country is debating on bringing in more foreign workers as it suffers a local labour shortage - sent Sharp's shares down 5.7 percent on the Tokyo Stock Exchange on Tuesday.

The reported layoffs also came a little over a month after Sharp lifted its full-year profit outlook as a part of a turnaround under the ownership of Foxconn, which acquired the Osaka-based company in 2016.

Following its acquisition by the Taiwan-based company, which is formally known as Hon Hai Precision Industry, Sharp Corp slashed costs in light of the stiff competition it has been facing from its South Korean rivals.

Meanwhile, Foxconn itself is facing what it called a "very difficult and competitive year," and has been conducting its own restructuring.

The company, which is Apple's biggest iPhone assembler, is reportedly aiming to cut $2.88 billion (20 billion yuan) from expenses in 2019.

A report in Reuters noted that Sharp Corp's production relocation is related to sensors used in the facial recognition feature that was introduced by Apple Inc in its iPhone X last year.

Foxconn has refused to comment on the relocation, claiming it does not issue statements related to its products or its current or potential customers.

WASHINGTON, DC - Under siege in the White House, President Donald Trump is aggravating America's latest racial anguish in a ...

JERUSALEM - Israel's defense minister apologized on Sunday for the Israeli police's deadly shooting of an unarmed Palestinian man who ...

DUBAI, UAE - The Dubai government is to relax restrictions on wearing face masks in public.Until Sunday, everyone regardless of ...

Something is Deeply Wrong in the American Psyche

Americans continue to shun use of masks

ALEXANDRIA, VIRGINIA - At a grocery store in Alexandria, Virginia, customer Laura Shafor was dismayed about a couple who weren't ...

NEW YORK, New York - U.S. stocks made modest gains on Monday, kicking off a new week, and month.With the ...

CO CORK, Ireland - A U.S. manufacturer of essential oils, health and wellness products is developing a manufacturing plant near ...

Dubai getting back to business after lengthy break

DUBAI, UAE - Malls throughout Dubai are slowly building their business after being dormant for some weeks due to the ...

SYDNEY, Australia - Stocks in Asia rallied sharply on Monday, as the U.S. dollar crumbled. The big winner on equity ...

News Corp's closing of its community and regional papers, with few remaining and others online-only, cancels centuries of beliefs about ...