Israel on a mission to expose Hezbollah border tunnels 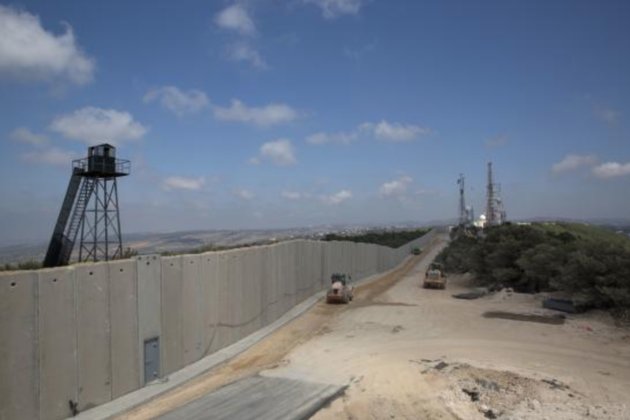 JERUSALEM, Israel - In a first, Israel has publicly announced plans to expose and destroy the cross-border attack tunnels in the country's north, allegedly built by the Iran-backed Lebanese militant group, Hezbollah.

The Israel Defense Forces (IDF) announced Operation Northern Shield on Tuesday, claiming that it was aimed at exposing and neutralizing tunnels that stretch from Lebanon into northern Israel.

Launching the operation on Tuesday, Lieutenant Colonel Jonathan Conricus, a spokesman for the Israel Defense Forces explained, "We see Hezbollah's activities as a flagrant and blatant violation of Israeli sovereignty. Operation Northern Shield will expose and thwart offensive tunnels that Hezbollah had been building across the Lebanese border, in the area of Metula. This activity is another example of the negative effects of Iranian entrenchment in the region."

While the Israeli military hasn't revealed the exact number of tunnels that it will target as part of the operation, it pointed out that none of the tunnels were ready to be used.

It said that it has "enhanced its presence and readiness in the north and was prepared for various scenarios."

Claiming that the tunnels built by Hezbollah are endangering Lebanese citizens, Avichay Adraee, an Israeli military spokesperson tweeted that the "Lebanese government is responsible for the build-up of the tunnels."

The Israeli military also posted details about the operation along with a video footage on Twitter, which showed heavy machinery boring in unspecified locations.

According to the military, the IDF was currently concentrating on a tunnel which began in a Lebanese civilian home and is at least 200m (650ft) long and ran 40m inside Israel.

He said that an unspecified area around the border town of Metula had been declared as a closed military zone.

However, the military has not disclosed the magnitude of the threat facing the country, refusing to reveal the number of such tunnels currently under Israeli territory or the duration of the operation.

Lt. Col. Conricus claimed that the tunnels were part of Hezbollah's plan to "conquer the Galilee" region of Israel in a future conflict.

While Tuesday's announcement was the first time that Israel had publicly disclosed details of its effort to combat underground passageways in the country's north, the Israel Defense Forces have destroyed dozens of tunnels dug by Hamas under their shared border in recent years.

According to Lt. Col. Conricus, Hezbollah has been developing an offensive plan against Israel that would "shift the battleground into Israel."

He said that the militant group would use firepower and ground units and "the surprise component of that plan was supposed to be tunnels that would allow infiltrators into Israel."

On Tuesday, the UN mission near the Israel-Lebanon border, UNIFIL, issued a statement confirming that it had been notified of the operation.

According to Israel's Chief Military spokesman, Brig. Gen. Ronen Manelis, Israel was prepared for a "broad operation over several weeks."

He said that Hezbollah and soldiers of the Lebanese Army had been warned to stay away from the tunnels, saying their lives were in danger.

Meanwhile, after Israel announced its plans, a Lebanese online news portal Tayyar claimed in a report that the Israeli army was excavating areas on the southern border, especially opposite the Lebanese villages of Kfarkela and Adaisseh.

However, Lt. Col. Conricus issued a clarification that the Israeli army had not asked civilians in the area to evacuate and that it wasn't calling up reserves either.

He also categorically pointed out that the anti-tunnel operation would only take place on Israel's side of the border.

The operation was publicly announced a day after the Israeli Prime Minister Benjamin Netanyahu met the U.S. Secretary of State Mike Pompeo in an unscheduled meeting in Brussels, to reportedly brief him on the anti-tunnel operation.

On Tuesday, Netanyahu issued a statement saying the early stages of the operation had "already proven successful."

He said, "Whoever tries to harm the state of Israel will pay a heavy price," adding that Israel would continue to act, "openly and covertly, to ensure the security of Israel."

While Tuesday's operation indicated a possible flare-up in tensions between Israel and Hezbollah, many within the country were sceptical about the timing of the announcement.

The security operation was launched by Netanyahu, merely a day after the Israeli police recommended that the Prime Minister be indicted on bribery, fraud and other charges.

The country's police claimed in its explosive statement, that there was "enough evidence" against the Israeli leader to indict him in what is the third case of corruption against Netanyahu.

Faced with mounting legal troubles, Netanyahu unveiled his plans to defend the country against militants, fueling suspicions that the operation was "politically motivated."

The Prime Minister's critics speculated on Tuesday that the operation could have been timed as a distraction from his legal woes.

Others said that Netanyahu was hoping to propagate his image as Israel's security czar.

However, the Israel Defense Forces dismissed the claims and pointed out that the country began investigating the possibility of underground Hezbollah tunnels in 2013.

According to Lt. Col. Conricus, Israel launched a task force that has been working on searching the suspected tunnels for the last two years.

He pointed out that the Israeli military was trying "to nip them in the bud," considering that so far, none of the tunnels were operation and hence did not pose an immediate threat to Israeli civilians.

So far, Hezbollah has not responded to the Israeli military operation.

President Joe Biden has issued an executive order that overturns a ban on transgender people serving in the U.S. military.In ...