Business is Booming in Vietnam 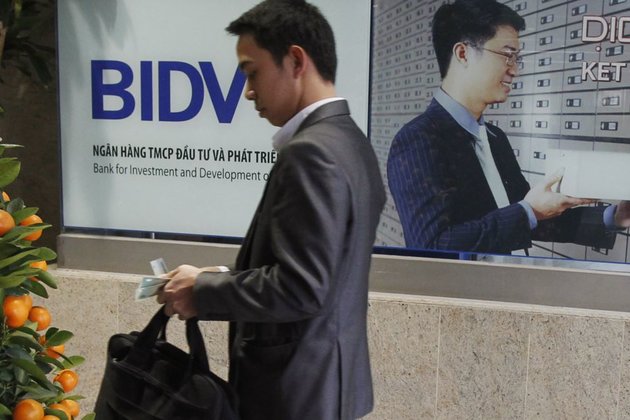 Earlier this year, one of the world's biggest private equity firms Warburg Pincus added banking and logistics to its Vietnam portfolio, pushing its total investment into the country over the $1 billion mark.

Auto players like JAC Motors of China, as well as Kamaz, the largest truck maker in Russia, have recently turned to Vietnam. The Southeast Asian country is seeing money pour in from all over the globe, whether it's Indonesia's Gojek in ride-hailing, or Qatar's Ooredoo in telecommunications.

With a trade war rippling across the Pacific and fears of interest rate contagion in emerging markets, much of Asia looks bleak. So why is the economy in communist Vietnam such a bright spot?

Gross domestic product is forecast to expand 7 percent this year. The currency and inflation are stable. Growth is expected in exports, manufacturing, foreign direct investment, and other indicators that show Vietnam outpacing rivals in the 10-member Association of Southeast Asian Nations.

"Vietnam is likely to remain the fastest-growing ASEAN economy in 2018 and 2019, as in 2017," said Chidu Narayanan, Asia economist at Standard Chartered Bank. "We remain positive on Vietnam's growth medium term on strong manufacturing activity, as FDI inflows to electronics manufacturing remain strong."

The bank predicts a current account surplus of 3.7 percent of GDP for 2018, meaning Vietnam takes in more money through trade and investment than it sends abroad. That includes an increase in income from services, such as IT outsourcing.

To explain why the country of 100 million people is outperforming peers, it helps to look at factors like trade, consumer spending, and politics.

On the surface, Vietnam's communist system would not sound like an appeal for investors. But many actually cite the political stability, albeit through one-party government, as a reason to come here. And in reality most businesses operate in a free market, with some state controls.

Political stability contributes to economic stability, and it helped Vietnam weather a leadership transition that in other countries could spell volatility. Stock markets were not rattled when the president, Tran Dai Quang, died suddenly of illness last month while in office. He will be succeeded by Communist Party chief Nguyen Phu Trong, a man known for maintaining the status quo.

"There will be no major change in Vietnam's economic strategy or political system as a result of the passing of President Tran Dai Quang," said Carl Thayer, emeritus politics professor, the University of New South Wales at the Australian Defence Force Academy.

That economic strategy has been characterized by trade deals with as many countries as possible. Through ASEAN, Vietnam has trade pacts with Australia, New Zealand, China, India, Japan, and South Korea. It also signed the Trans-Pacific Partnership, as well as separate agreements with Russia and the European Union.

This could be part of the reason that investor optimism jumped 6 percentage points between the first and second quarters of 2018, according to a European Chamber of Commerce in Vietnam survey released Oct. 3.

"These results show once again that European companies and investors remain confident in Vietnam," chamber co-chair Nicolas Audier said. "On the cusp of this historic [EU-Vietnam free trade] deal, which would boost trade and investment on both sides, we hope this positive message from EuroCham and its members will inspire the government to continue opening its markets to foreign investment."

Also drawing in businesses are Vietnamese shoppers. Consumer confidence was higher in Vietnam than in Thailand, Malaysia and Singapore, market researcher Nielsen reported in March. As citizens' incomes rise, their spending attracts brands in all manner of products.

Spanish fashion retailer Zara has opened outlets here, while Apple in September appointed its first premium reseller in the country, EDigi, authorized to do official repairs of iPhones and Macs. Vingroup, a conglomerate founded by Vietnam's richest man, launched a line of cars this month with some promotional juice from soccer star David Beckham.

No economy is perfect

It's not all coming up roses, of course. Economists say Vietnam needs to keep an eye on borrowing: consumers are using more credit cards, the government is close to its debt ceiling, and banks have more non-performing loans than desired. The real estate sector is also cooling, and the country wants to avoid any of the flak that comes from the trade war between the U.S. and China.

That trade war has made investors bearish on Asia's biggest economy. Elsewhere in the region, Indonesia is fighting to hold the value of its currency, as investors abscond to take advantage of higher U.S. interest rates.

Philippine inflation is approaching 7 percent, the highest in nearly a decade. In Myanmar, the economic potential that once seemed sky-high is now taking a back seat as that state allows ethnic violence and jails journalists.

Vietnam is not far away but has been spared many of those problems for now.