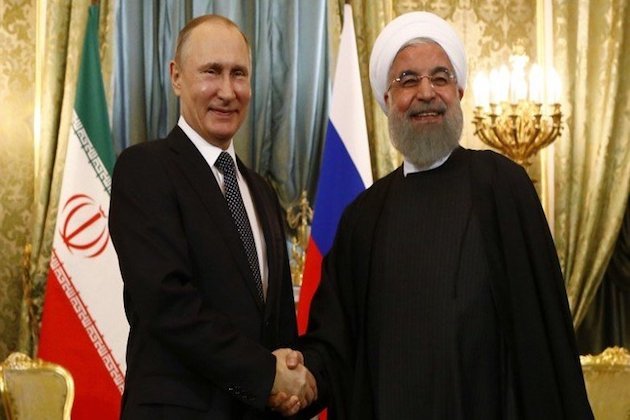 MOSCOW, Russia - One thing Iran and Russia have in common is that they are both being subjected to ever-increasing U.S. sanctions.

The pressure from the United States is driving the two countries together.

A statement from the Russian foreign ministry, released on Monday, said the ministers additionally worked on increasing trade interaction between the two countries, and easing mercantile regulations. The pair also exchanged views on international and regional issues, the statement said.

Iranian President Hassan Rouhani has referred to his country and Russia as "strategic partners."

Earlier this year in June, Rouhani and his Russian President Vladimir Putin had a meeting in China to promote economic cooperation.

The improved ties between Iran and Russia follow U.S. President Donald Trump's decision in May which saw Washington withdraw from the nuclear agreement negotiated between Iran, the United States, France, Britain, China and Russia, which resulted in the lifting of a raft of sanctions in exchange for concessions by Iran on it's nuclear power program. The deal had been structured between Iran and the five permanent members of the UN Security Council in 2015 when Barack Obama was U.S. president.

The Trump administration reimposed the sanctions that had been lifted, while imposing new ones on the Islamic Republic.

Punitive measures were also introduced to punish other countries that insisted on continuing to do business with Iran.

A second round, will follow on November 4 2018. These will target Iran's oil sales and its Central Bank.

The reintroduction of sanctions, and the imposition of new ones have had a devastating effect on Iran, collapsing its economy, and sending its currency plunging.