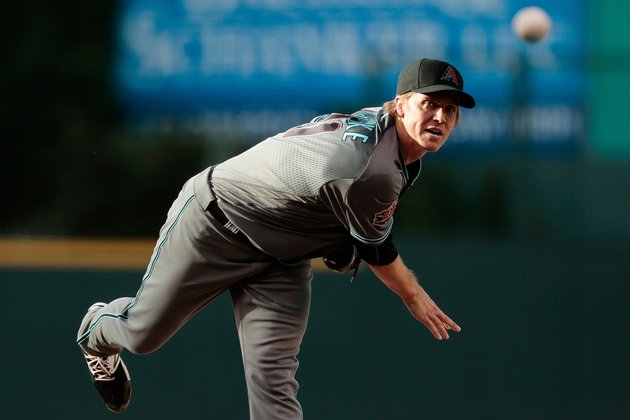 PHOENIX -- Crack the door, and these days the Arizona Diamondbacks will blow right through.

Three times in their last four games, Arizona has made an opponent pay and pay and pay for a blunder here or a miscue there.

The Diamondbacks did it again Tuesday, when they took advantage of three throwing errors in a six-run first inning for the impetus needed for a 13-8 victory over the Pittsburgh Pirates at Chase Field. The game was not decided until Jon Jay's three-run homer in the seventh inning, but the decisive first inning helped them build an 8-0 lead.

"Those are some of the characteristics of a good team, that when they sniff a little blood, they are going to go out there and execute," Arizona manager Torey Lovullo said. "When you get second chances in this game, you have to take advantage. Our guys are ready for that.

"We talk about them (opponents) being in their most vulnerable state when they are making mistakes, and we have to be ready. It's not a good feeling when you are on the (other) side of it and it is not going well. But when you are executing and fighting back a little bit, it is very gratifying."

Arizona right-hander Zack Greinke, who has lost only one of his last 25 starts at Chase Field, will oppose Pirates right-hander Jameson Taillon in the final game of the series Wednesday.

The Pirates have lost eight straight series, and a failure to execute has hurt in the first two games of this series. They blew a 5-0 lead entering the seventh inning in a 9-5 loss Monday, when the Diamondbacks combined timely hitting and extra benefits, including hit batter, an infield error, two wild pitches and a balk.

Arizona scored six runs in the eighth inning of a 12-7 victory at Colorado on Saturday, capitalizing on a double-error by reliever Bryan Shaw early in the inning. Only one of those six runs was earned.

"That's what you have to do," said Jay, who had his first three hits in his fifth game with the Diamondbacks on Tuesday. "When you have chances, you have to make the most out of the opportunities. We've been able to do that the last couple of days, and we just have to keep it going.

"I think that's the mentality they have here. I saw that last year playing on the other side. That's just the mentality you have to have."

Greinke took a no-hitter into the eighth inning of a 2-1 victory over Pittsburgh at Chase Field last season, losing it when Gregory Polanco led off with a homer down the right-field line. Greinke struck out 11 and walked one in that game, his lone start against the Pirates last season. He is 7-3 with a 4.59 ERA in 11 career starts against the Pirates, about half of those games coming when he was with Milwaukee in 2011-12.

Taillon (3-5, 4.08) has been effective for the most part, but a few rocky outings this season caused his ERA to jump over 4.00. He has given up three runs or fewer in 10 of his 13 starts, but has given up five, seven and six in the other three.

After winning his first two decisions and giving up two earned runs in his first 20 2/3 innings, Taillon is 1-5 with a 5.36 ERA. He has not faced the Diamondbacks in his three seasons.