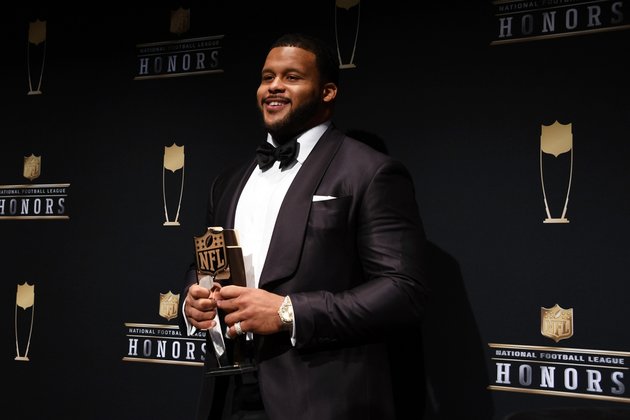 Los Angeles Rams star defensive tackle Aaron Donald was not present for the start of mandatory minicamp on Tuesday.

Donald's absence comes on the heels of the Los Angeles Times reporting that there was no indication that he would show up for the minicamp.

The 2017 NFL Defensive Player of the Year, Donald has been seeking a new contract since last year. He skipped voluntary offseason activities before attending mandatory minicamp in 2017, although he didn't practice.

Donald is slated to make $6.89 million in the fifth-year option of his rookie contract.

He is eligible to be fined $84,435 should he sit out the entire minicamp this week.

Donald was the first Rams player to earn Defensive Player of the Year honors after he amassed 52 tackles, a team-high 11 sacks, a club-best five forced fumbles, 27 quarterback hits, one fumble recovery and two passes defensed in 14 games last season.

The former University of Pittsburgh standout also was named first-team All-Pro for the third straight year and to the Pro Bowl for the fourth year in a row. Donald has totaled 148 solo tackles and 39 sacks since entering the league in 2014.

Donald figures to be part of an even more imposing unit after Los Angeles added another Pro Bowl defensive tackle in Ndamukong Suh during free agency.